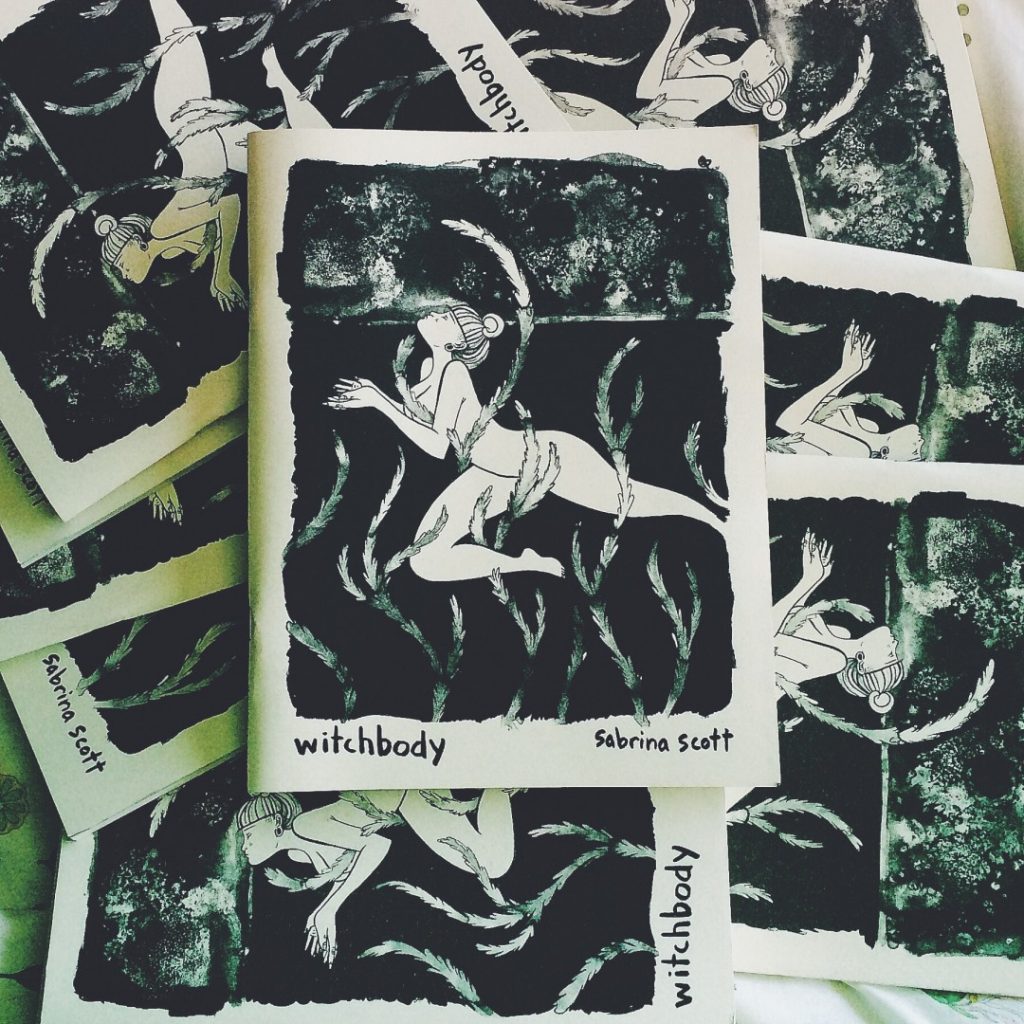 Magic – as an act – exposes. It reveals.
It uncovers the flesh of the world.

Reading Sabrina Scott’s beautiful graphic novel Witchbody has been a transformative experience for me, and so the following review is very personal, much as I have tried to make it objective. But even as I relate page after page to my own experiences, I hope that the messages of Sabrina’s work, their perspectives on ecology, materiality, nature and magic, will feel relevant to everyone who reads this.

Put simply, if you engage in any way with the physical world (and of course, it is impossible not to), then this book is for you. It will help you to redefine your relationship to your environment and find magic in all that you touch – including yourself.

As a person who practices her own kinds of magic, who claims her own personal symbols wherever she finds them, who does not subscribe to any specific school of spirituality, and who draws inspiration and wisdom from nature but not always in the ‘accepted’ ways, Witchbody has been something of a validation. I have also, over the years, had many mixed feelings about wanting, being permitted, claiming and using the identity of ‘witch’; yet here, the term feels as natural and accessible as an old tree growing in the centre of a city park. A tree that has always been there, a tree that has its own history, a tree that exists for itself and for everybody to enjoy in their own ways.

In Witchbody, magic exists in communion.

It is the connection between all materials. It posits that everything we encounter is an “embodied being”, and shines a soft light on body-to-body relationships, moments of connection and conversation.

Magic is a way of talking
and a way of being with. 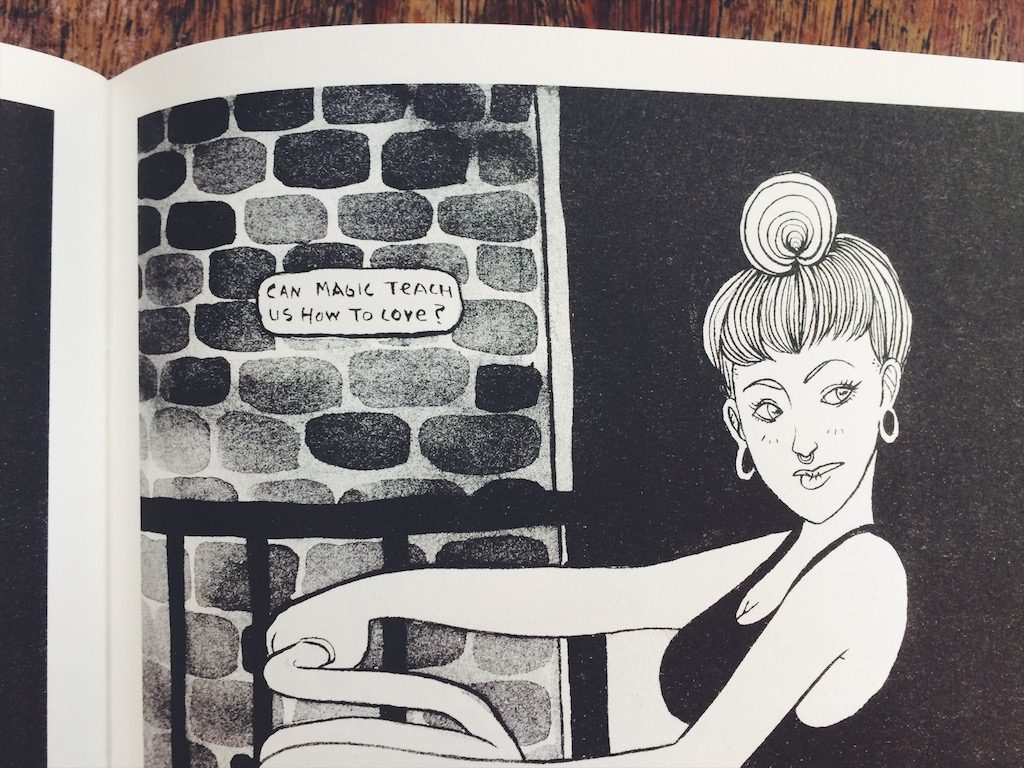 Magic is a way of drawing attention to the relationships that exist between beings, between a human and a cup of tea, between a flower and a bee, between feet upon a rug or a fox beside a dumpster. Further, the book explores the ways that beings change when in communion with each other, and it draws attention to those often tiny, imperceptible encounters that happen all around us, all of the time. In my own magic, I work with objects and symbolically encode them as magical, as animate and in relationship with my self. These symbols become allies, helpers, or other beings which assist me in moving forwards or effecting change. Witchbody helps me to claim the power of this practice, helps me to own it and understand that it is valid and real. It helps me to understand that it is magic.

Nature and everything within it exist in relation to other things, and it does this for itself
and for no reason at all. 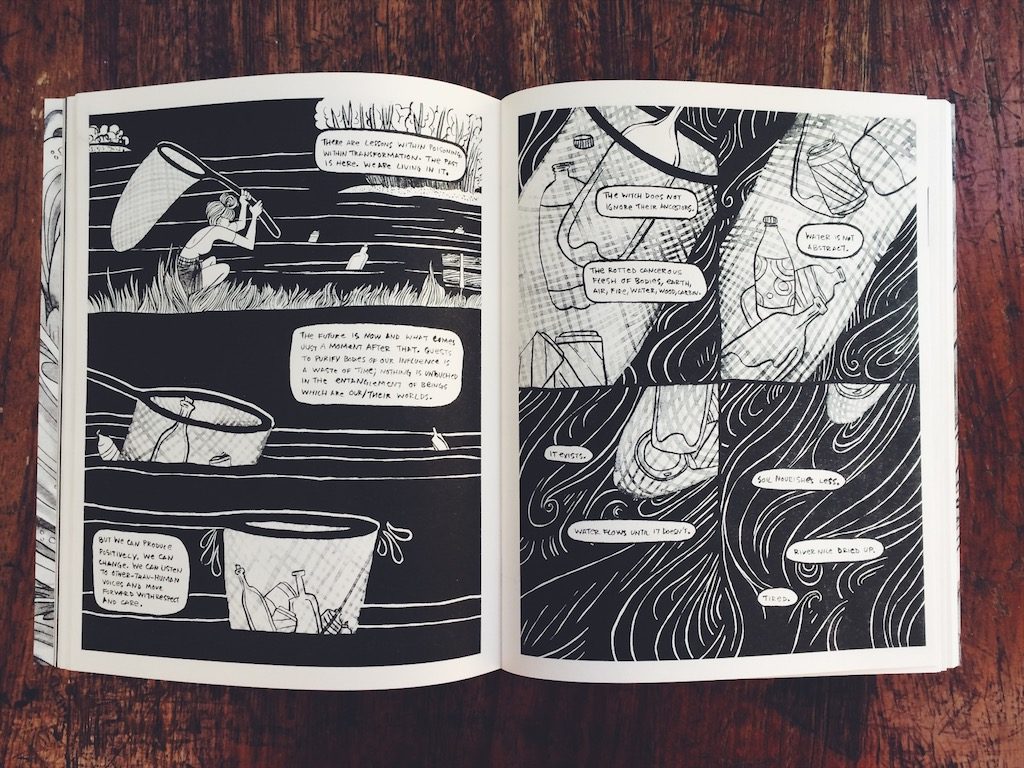 In its exploration of the magic in the material world, Witchbody does not limit itself to what is perceived as ‘natural’ or ‘organic’. A fundamental part of its premise is actually in dissolving this limit and showing that all things, crucially including the man-made, are part of our energetic ecosystem. Too often, I see a division created, the materials that surround us separated into natural (and thus good, and worthy of appreciation/worship, and designated ‘alive’ and ‘magical’), and non-natural, man-made, concrete, plastic (and thus problematic, dead or inanimate, incapable of holding magic, unworthy.) But in Witchbody, Sabrina shows that in creating these divisions we only fool ourselves about the world we live in, and deepen our separation from nature and thus ourselves. It shows us that if we ground our practice in a love of the natural world, that we must necessarily embrace the man-made too:

We can’t keep trying to find organic bodies untouched by our humanness. We can’t run along elsewhere once a body seems “too impure”. […] If we’re committed to environment – to ecology – we need to look at the built and the industrial and wonder what it could be. See the potential in what is. Where is environmentalism and advocacy in the artificial and inorganic? Finding rhapsody in these spaces is the love of the world.

This reminds me of Robin Scott’s Urban Tarot, which claims and asserts the magic of the urban environment. Nature-worship, when combined with a distain from the manufactured environment often feels like a kind of delusion in which we seek to pretend that we are not of this environment, that we do not belong in the world we have created for ourselves. But what of folks who don’t have the privilege to live in ‘unspoilt places’? And what of those who choose not to? 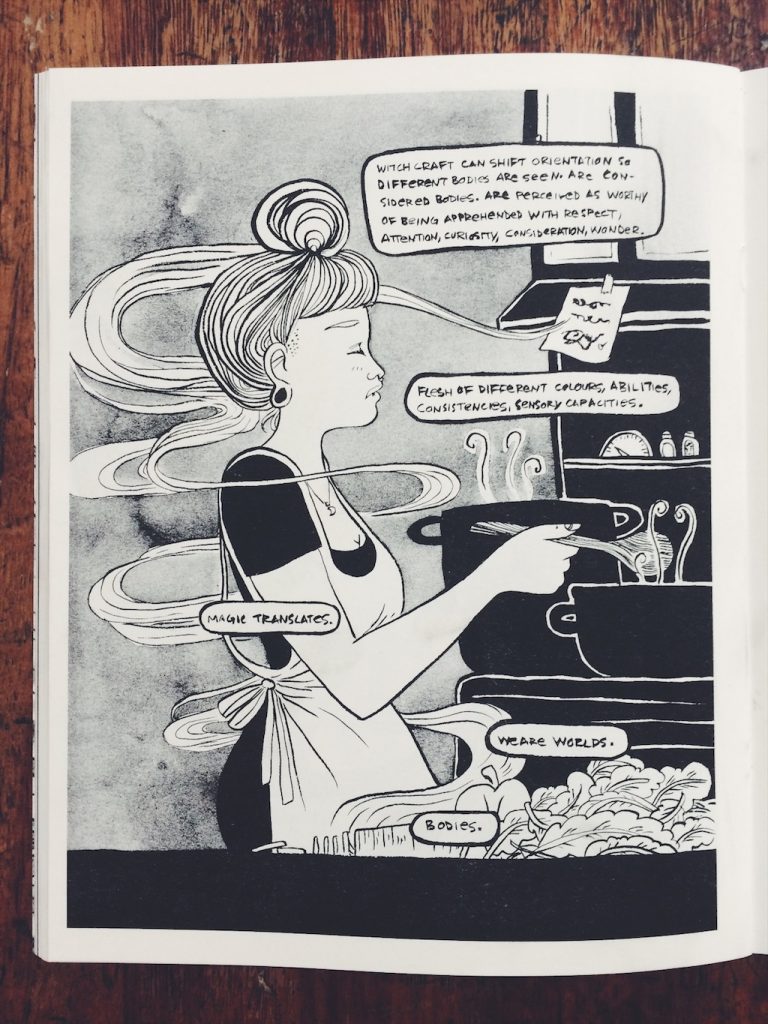 All of this is to say nothing of Sabrina’s illustrations, which partner with their writing to offer a sumptuous, luxurious deep dive into all that we are connected to.

Sabrina illustrates forests and lakes, cityscapes, appliances, litter on the streets and plants in recycled jam jars with equal compassion and reverence, and there were many moments while reading this book where I had to pause simply to gasp and take in each image.

Too weighty (perhaps) to be a zine, too tactile and self-published and DIY-feeling to be called a graphic novel, Witchbody is its own kind of book. It comes with a warning that the ink may get onto your fingers, and then onto other pages, or other objects. This indeed happened to me, connecting the process of reading and the shape of the book in my hands to the things I do next, the objects I meet with after I put the book down. It could be called a comic, a thesis, a poem, an autobiography, or as Sabrina themself writes, “a rambling and poetic auto ethnography of western occult magic as a pathway for environmental learning and advocacy.” It comes with a beautiful foreword by Timothy Morton, a generous endnote expanding on the book’s themes, and a long and exciting bibliography. 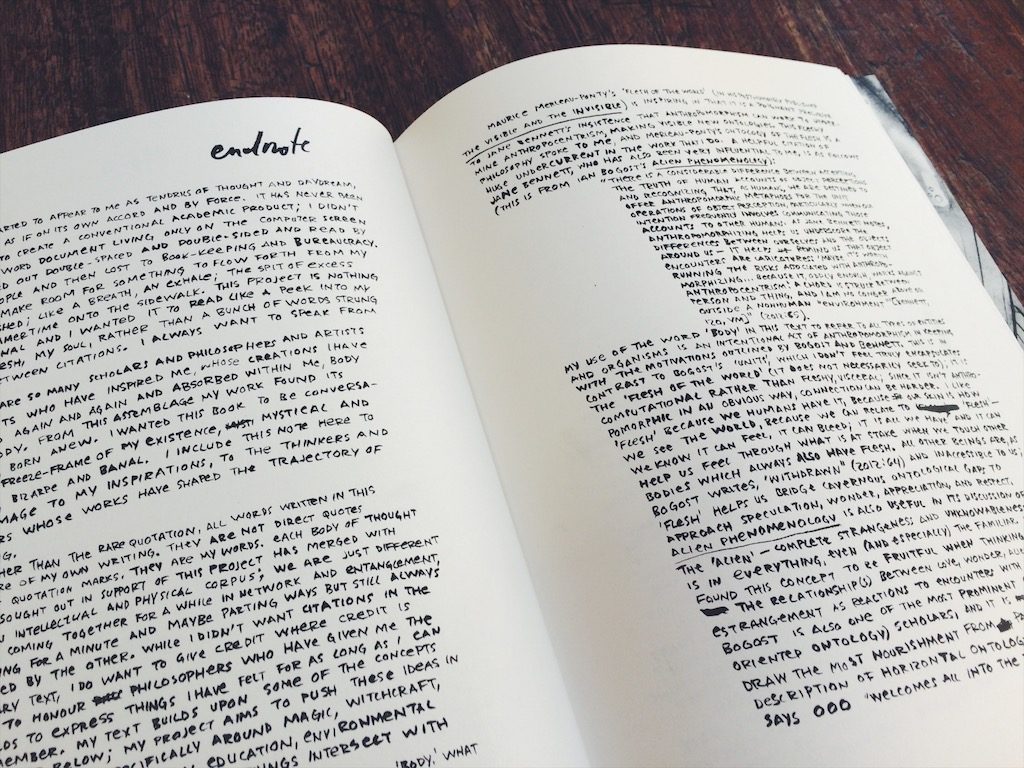 I want to gift a copy to everybody I know. If you seek – or find – magic in our relationship to each other and your personal relationship to everything that surrounds you, I know that you will love this book too.

Stay in the loop

Get our brilliant monthly newsletter!

Any cookies that may not be particularly necessary for the website to function and is used specifically to collect user personal data via analytics, ads, other embedded contents are termed as non-necessary cookies. It is mandatory to procure user consent prior to running these cookies on your website.

Join waitlist Enter your email below, and we'll let you know as soon as this item is available for purchase!